HOW DO YOU CLOSE SOMETHING THIS BIG?

La Casa De Papel (Money Heist) is one of Netflix’s most popular Non-English TV shows, see for yourself 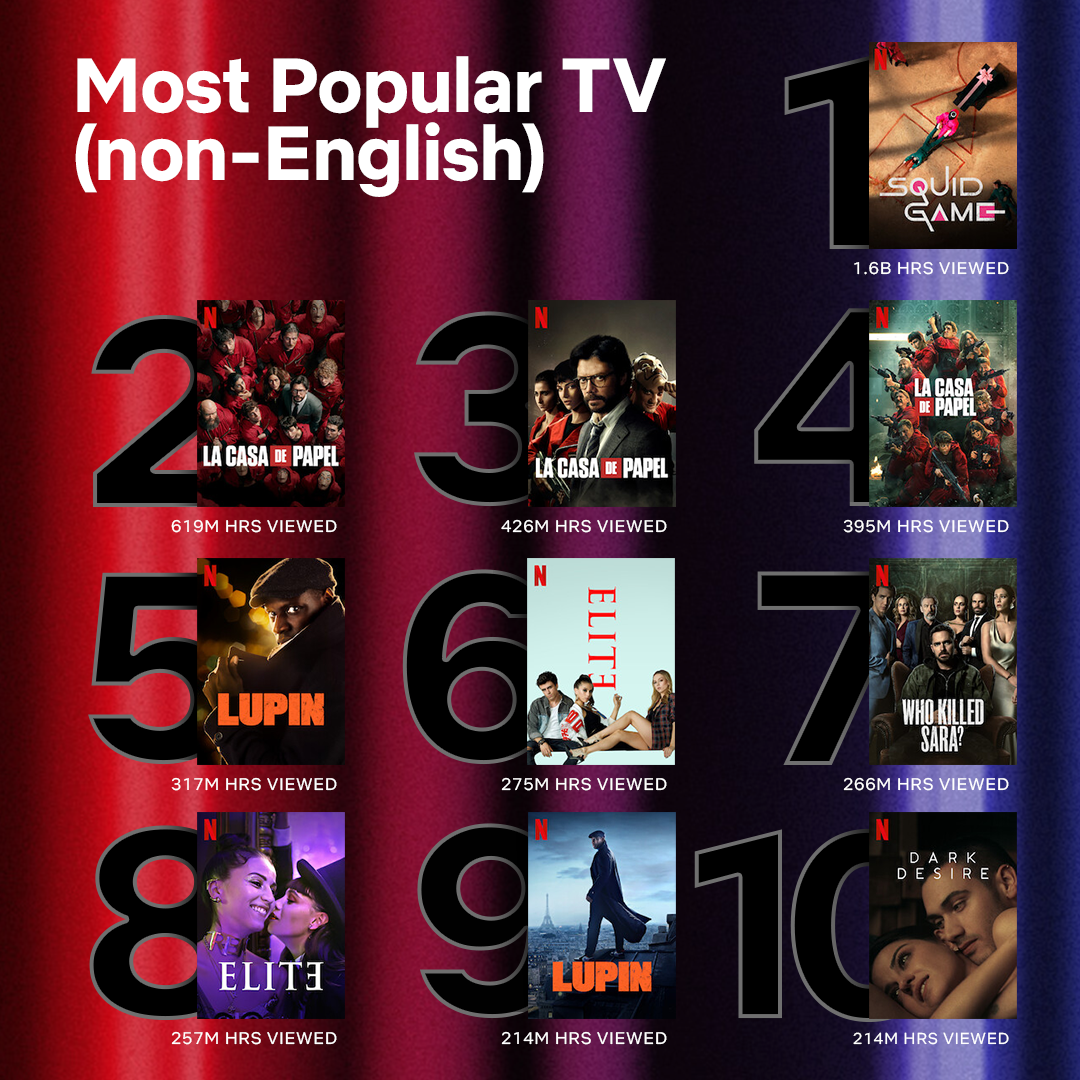 For Álvaro Morte, the fifth season of La Casa de Papel is one “full of absolute tension.” Rodrigo de la Serna assures us that something very powerful that “will not disappoint the fans of the series” is coming. Jaime Lorente wonders “how do you close something so big” and Úrsula Corberó confesses how she would like to come back... They are all part of the inside look of part 5 of La Casa de Papel that Netflix has unveiled along with the official poster of the last five episodes, which will premiere on December 3.

La Casa de Papel (Money Heist) is one of the most popular non-English series on Netflix. As announced on Top10.Netflix.com, Parts 3, 4 and 5 are ranked highly in their top 10.

In the last five episodes, Tokyo (Úrsula Corberó) is dead and the enemy still lurks in the Bank of Spain, wounded but as dangerous as ever. Facing their darkest hour and greatest challenge yet, the gang hatch a bold plan to get the gold out without anyone noticing. To make matters worse, the Professor makes the biggest mistake of his life.

April 20, 2022
Mobile services provider Smart Communications, Inc. (Smart) has pulled off an ambitious crossover moment as it brought together top gaming celebrities for a star-studded video for GIGA Arena, the first all-in-one esports platform for Filipino mobile gamers.   The one-minute video features Alodia Gosiengfiao, Dexie Diaz, Christine Samson and Nix Gaming, who are among the most prominent Filipino streamers today.   Alodia rose to international fame for her elaborate cosplays and streaming, and is now the co-founder of Tier One Entertainment, which aims to revolutionize the esports landscape in the country. Like Alodia, Christine Samson is both a cosplayer and streamer, and dabbles into commercial modelling and a TV hosting. On the other hand, both Dexie Diaz and Nix are among the country's top Mobile Legends streamers today with 6.6 million and 4 million Facebook followers, respectively. In the video, these top gamers were transported to the various dimensions of the GIGA Arena and it
1 comment
Read more