May 22, 2020
FOREVER IS HARDER THAN IT LOOKS
The Old Guard, starring Charlize Theron, premieres on Netflix on July 10, 2020
Watch the trailer here 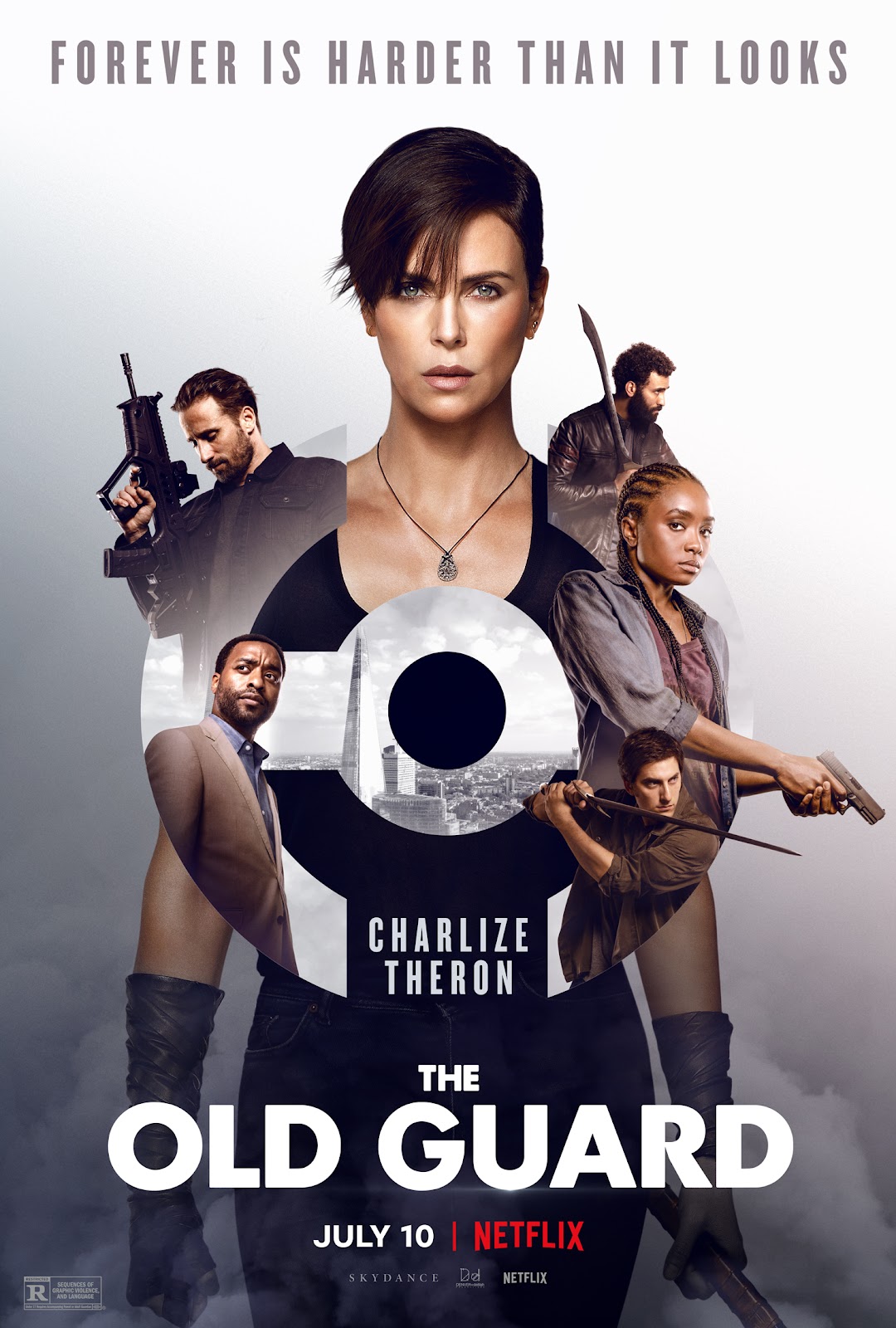 Film Release Date: July 10, 2020
Director: Gina Prince-Bythewood
Screenplay By: Greg Rucka
Based on the Graphic Novel Series By: Greg Rucka and Illustrated by Leandro Fernandez
Produced By: David Ellison, Dana Goldberg, Don Granger, Charlize Theron,
AJ Dix, Beth Kono, Marc Evans
Cast: Charlize Theron, KiKi Layne, Marwan Kenzari, Luca Marinelli,
Harry Melling, Van Veronica Ngo, with Matthias Schoenaerts and Chiwetel Ejiofor
Synopsis:
Led by a warrior named Andy (Charlize Theron), a covert group of tight-knit mercenaries with a mysterious inability to die have fought to protect the mortal world for centuries. But when the team is recruited to take on an emergency mission and their extraordinary abilities are suddenly exposed, it’s up to Andy and Nile (KiKi Layne), the newest soldier to join their ranks, to help the group eliminate the threat of those who seek to replicate and monetize their power by any means necessary. Based on the acclaimed graphic novel by Greg Rucka and directed by Gina Prince-Bythewood (LOVE & BASKETBALL, BEYOND THE LIGHTS), THE OLD GUARD is a gritty, grounded, action-packed story that shows living forever is harder than it looks.

@OldGuardMovie | @NetflixFilm | @NetflixPH
Love watching Netflix on mobile? Now at only PHP 149/month, the new Netflix Mobile plan lets you enjoy all our movies and shows on your smartphone or tablet. Download the Netflix app or visit www.netflix.com for more details.
About Netflix
Netflix is the world's leading streaming entertainment service with 183 million paid memberships in over 190 countries enjoying TV series, documentaries and feature films across a wide variety of genres and languages. Members can watch as much as they want, anytime, anywhere, on any internet-connected screen. Members can play, pause and resume watching, all without commercials or commitments.