NETFLIX | Trailer, key art and date announcement for THE SERPENT 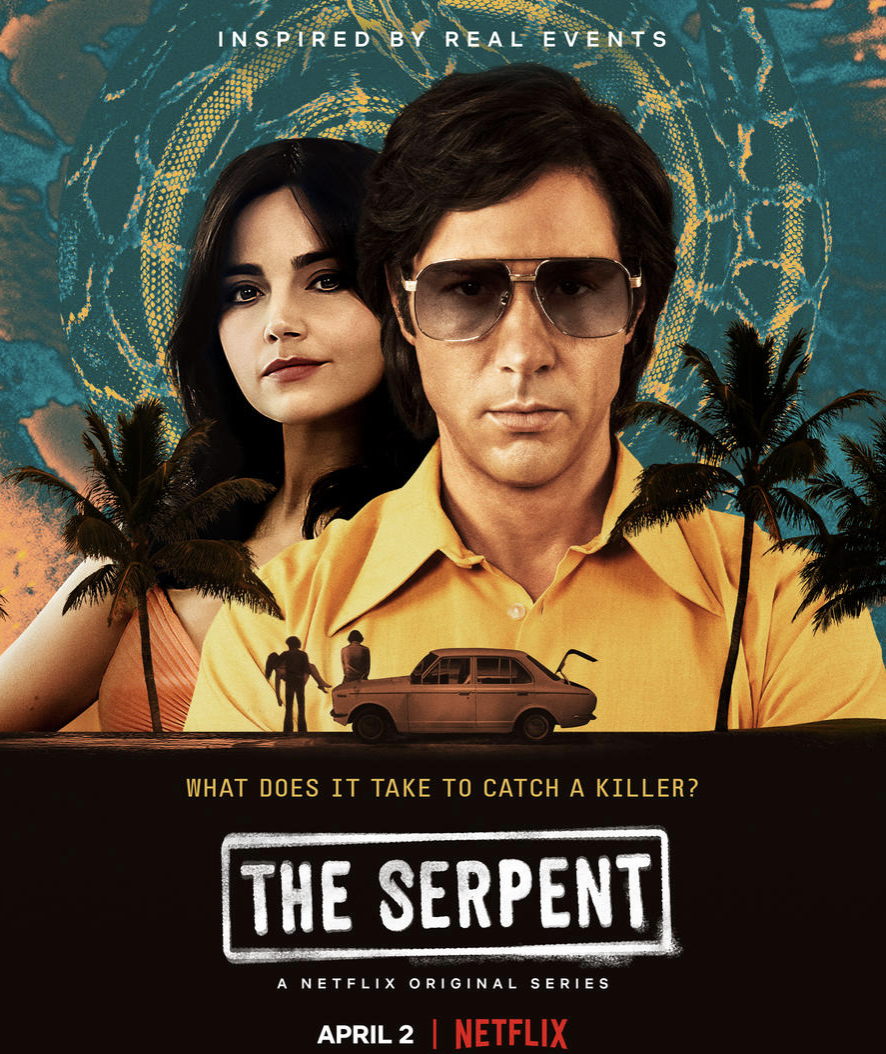 Launching on April 2 and inspired by real events, The Serpent reveals the story of serial conman Charles Sobhraj (Golden Globe nominee Tahar Rahim) and the remarkable attempts by Dutch Diplomat Herman Knippenberg (Billy Howle) to bring him to justice. Posing as a gem dealer, Sobhraj and his girlfriend Marie-Andrée Leclerc (Jenna Coleman) travelled across Thailand, Nepal and India in 1975 and 1976, carrying out a spree of crimes on the Asian ‘Hippie Trail,’ becoming the chief suspects in a series of murders of young Western travellers.

The Serpent premiered on BBC One and BBC iPlayer in the UK on New Years’ Day 2021. It has been a word-of-mouth sensation and has received 31 million streams across the series to date.